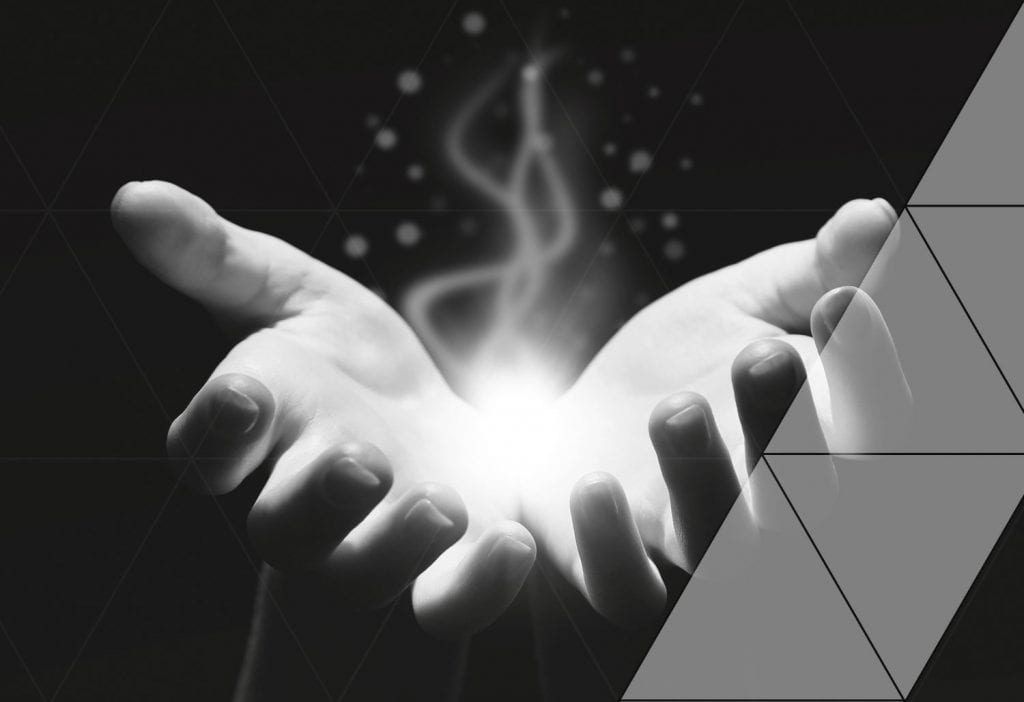 When we talk about the power supply for mobile devices, we instantly think of batteries. But since the beginning of the 20th century, researchers and engineers try to use the human body as a renewable source of electrical energy. Since the 1940s, hand crank-powered radio transmitters were used to compensate for shortcomings in energy availability. But technological improvements in the battery sector pushed body-powered systems to a niche existence for decades. Recent developments in the material sciences combined with low-power electronics and wearables put body-powered energy harvesting back into focus.

How the body may serve as an energy source

The human body provides energy mainly by (muscle-) movement and by heat. Trained humans can produce several hundred watts of mechanical power for several hours. Even without performing a specific workout, a typical human produces watt of mechanical energy by moving around, swinging of limbs or body rotation. Mechanical energy can be harvested and converted to electrical energy using electromagnetic generators or triboelectric effects. While the amount of energy that can be acquired in that fashion could be significant, the conversion process always requires some physical effort from the body. Additionally, power production is reduced to zero once the body stops moving. In contrast, body heat is a constant source of energy. Even while sleeping, a human body produces around 80 watts of thermal energy as a side product of the metabolic breakdown of nutrients. Once a person is up and moving, the amount of energy is further increasing. In contrast to mechanical energy, parts of this ‘waste heat’ can be converted to electricity without the person noticing it. In this sense, the body is a real renewable energy power plant and we always have it with us.

How body heat is converted to electricity

Here, the themoelectric generator or TEG comes into play. TEGs are able to convert a heat flux or temperature differences into electrical energy. This is done by connecting one side of the generator thermally to the body and the other side to the environment. The resulting temperature difference is the driving force of an electrical current through a connected load. For an efficient energy conversion, not only the quality and design of the TEG itself but also of the thermal interfaces to body and environment is crucial. The acquired electric energy is stored in a connected energy buffer such as a battery from where it is used by connected devices.

Can I charge my wearables with my body heat?

The short answer is: It depends. The amount of energy harvested from body heat depends on a lot of factors. The location of the harvester on the body, the activity of the wearer, the ambient temperature, the amount of air convection, and many more. At the same time, the power consumption of wearable devices covers magnitudes from microwatt to watts. Already today, ultra-low power wearables like fitness trackers or medical emergency devices could be completely powered by body heat, making them independent from the power grid and recharging cycles. More power-hungry applications like smart phones or -watches could currently profit in form of a runtime extension. State-of-the-art research in both low-power electronics and novel thermoelectric materials could soon close the gap between power production and consumption to allow even complex electronics exclusively powered by body energy.

The human body is a walking powerplant that provides energy in form of movement and heat. Harvesting of this energy could make recharging of wearables a thing of the past. Thermoelectric generators are a promising strategy for body heat harvesting and their potential is enormous.